People in England love talking about the weather (listen to what adults say to each other when they meet - the weather will be in there somewhere!). This weather excitement may also be why television news spends five minutes telling people what the weather was like that day, even though they know because they were there!

Since English people enjoy discussing the weather they need the right words to talk about it in other languages too. Scrolling further down this page will give you some useful weather phrases but here we are going to look at clothing. To avoid fashion disasters it's useful to know the correct French vocabulary...

Here is some key vocabulary:

All of these items are in the pictures below but can you guess which is which? 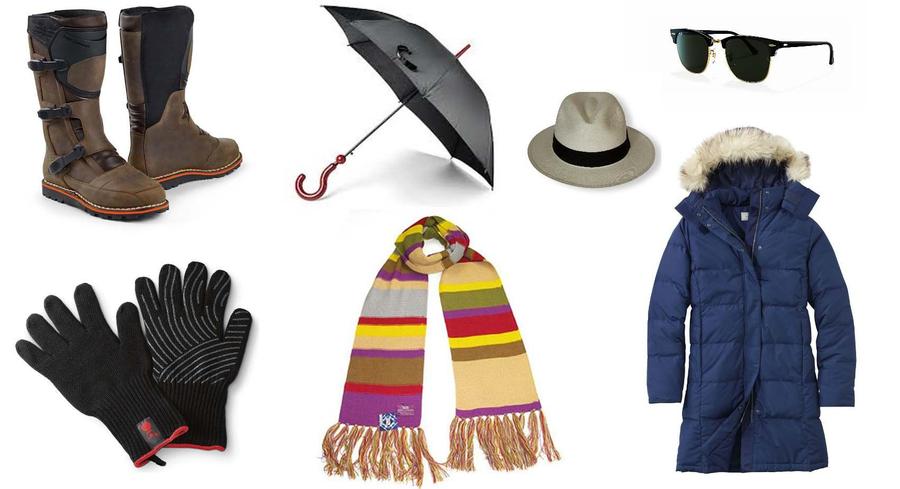 The vocabulary is a little bit tricky but there are some clues that we can use. For example, the items that are plural are pairs of something (remember: plural means more than one).

The weather phrases below also give you some clues. Il faut du soleil (It is sunny) contains a word that might help you, as does Il pleut (It's raining).

Still not sure? Help is at hand! You'll find the answers underneath this picture:

The world is full of many amazing creatures and, as the word animaux suggests, the French names for quite a few of them are surprisingly familiar. What, for example, might le lion be?  Tricky, eh?  What's that? Easy, you say!  How about le kangourou then?  Also easy?  Well, how about le poisson?  Ahhhh...  Here's a clue: you'll find le poisson in the photographs below and, although he actually looks like he's flying in the picture, he's usually very wet...

(Hopefully you've worked out that le poisson is the fish! In case you're not sure the creatures in these photographs are: hen, elephant, lion, swan (the picture shows a baby swan), tortoise, fish, cuckoo and kangaroo)

TASK: Use the creatures in the pictures to help you complete the task below. Draw a picture of the correct animal underneath its correct label (you can write the names in your book and draw the pictures or print the sheet if you prefer). It might be a good idea to start with the creatures that you definitely know (like poisson!). There are two empty spaces for you to pop in animals of your choice with their correct French name. For this there is an extra document below which you might find helpful (there might even be a horse in there...).

What is being asked here? Not sure? Think about the animals that we looked at above and look at the photographs below.

Now what do you think the question might mean?

The habitats of animals are very different (do you see a connection between habitat and habites?). A habitat is a place where a creature can live and survive (so, for example, it would be difficult to find gold fish in the forest for the same reason you would be unlikely to find a gorilla in the middle of the North Sea). Although we are now familiar with some of the French vocabulary for naming animals it would be useful if we were able to describe a little more about them. Their habitat is a good place to start. Fortunately, some of these new words are not too hard to work out…

Think about places that animals live. What might le désert be? (Tricky, eh?)  What about la forêt? Both of these words (desert and forest) are very similar to their English version. In the same way une ferme is not too different to the farm and we should be able to work out that en Afrique is in Africa. Perhaps a little more difficult are la mer (the sea) and une maison (a house).

Now that we know some habitat vocabulary we can begin to pair it with the creatures we already know...

The fish live in the sea.

TASK: Try the examples below. You can either draw/write them in your book or print out the sheet if you prefer.

Now that we know something of the various animaux it's time for us to include a little more detail. Take a look at the photographs below. These three animals are behaving in rather different ways. Which adjective would best describe them?

As we know, adjectives are very useful tools in English - they are equally useful in French too! Fortunately, some French adjectives are remarkably familiar. Look again at the photographs. Which creature do you think would be best described as rapide?

The cheetah is rapide. Rapide is very similar to the English word rapid which means moving at great speed.

Take a look at this word:

Which creature might this refer to? Here's a clue...

What do you think this sentence says?

The lion is fierce/ferocious.

There are many excellent adjectives that we can use to describe animals. Look below. Can you match the French vocabulary to its English translation? Some of them are quite easy (especially grand!).

(Stuck on one? Really stuck? You're in luck; you will find the answers below!)

TASK: Try the questions below (you may find that you've done some of them already!). You can either write the answers in your book or print out the document if you prefer.

HINT: When writing sentences, if the animals is one of the feminine words (la tortue, la poule) then, where the adjective doesn't already end in e we need to pop one on the end. For example:

Broaden vocabulary and develop the ability to understand new words/Explore the patterns and sounds of languages/Describe people, places, things and actions orally and in writing

Take a look at this question:

Can you guess what is being asked? CLUE: the word heure is a type of measurement (it even looks a bit like the English translation). Here's another clue:

Can you guess what the question is asking now? What might an heure be?

What time is it?

Heure is Hour. "What hour is it?" is the same question as "What time is it?"

Here we are going to look at times which are o'clock. However, before we begin reading clock faces, it would be useful to remind ourselves of the French numbers 1 to 12 (why not 13 onward?).

TASK: Open the document below. Can you match the French numbers with their English translation?  Write the words in your book (or print the sheet if you prefer). One of the numbers is missing - can you think why that might be?

Six is missing because the spelling is the same in English and French! Check your answers using the document below.

Knowing the numbers 1 to 12 will help us to answer time questions featuring o'clock. Take a look at these examples...

TASK: Using the information above to help you, try the questions below (the first one should be very easy!). You can either write the answers in your book or print the sheet if you prefer.

You can now build upon your knowledge to read more complicated times. Here is some useful vocabulary:

et demie = half past

Take a look at these times:

You can see that "half past two" translates as "two hours (deux heures) and a half (et demie)". In the English sentence "half past" is before the hour number, in French it is after. Take a look at the clock below. What would the time be in French?

It is half past ten.

The technique remains the same when looking at other times past the hour...

Look at the clock below. What do you think the time is? 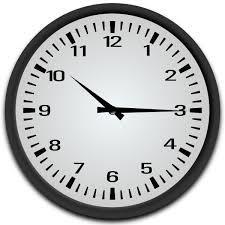 It is quarter past ten.

TASK: Open the document below. Can you write the times past the hour in both English and French? If you're feeling especially confident why not try the slightly more difficult questions too?

Develop accurate pronunciation and intonation so that others can understand what is being read aloud: the "oi" sound

Think about the numbers from one to ten:

Return to trois. Listen carefully to the sound in the middle of the word as you say it. What does the oi sound like?  If you're not sure, this YouTube video may help you - start at 0.20 and watch through to 1.49 (remember: always check with an adult before you access YouTube).

Can you think of any other French words which include oi?  The video has some familiar examples:

TASK: Copy the poem below and fill in the missing oi sounds. Try reading the poem out loud. You should know some of the words already. Can you work out what the poem says? (HINT: Antoine is a person's name, moi means me and toi means you. The other vocabulary you should be able to find on this webpage).

Describe people, places, things and actions orally and in writing

The sun is shining so here is a perfect opportunity to return to weather vocabulary...

The phrases above should be a useful reminder of the key vocabulary.  Can you use them to describe the weather in these towns and cities in France?

Could you read your answers to someone?   This BBC video might help you with some of the pronunciation.

There are French Purplemash activities here too (see if you can spot the Weather activity!).

Bonjour!   Let’s have a look at the world of sport!

There are lots of sports as we know and France, like many other countries, takes a great interest in sport. Want proof?   Look at this video.

First, it’s useful to remind ourselves of the French vocabulary (words) for different sports. For example:

Open the task below. How many sports can you match with their correct names?

Time to look at using sports vocabulary in sentences.  You will notice here how part of the phrase I play and I do changes depending on the activity. This is because these words are described as masculine (le) and feminine (la).   The items in brackets are replaced with a new word (it's a bit like when we use apostrophes for contraction and create a new word)...

Open the document below.  See how many sentences you can complete. You can either copy the sentences or, if you prefer, print the pages and write straight on to it.

Can you read the sentences aloud?   Think about the pronunciation.  The video above – although the people on it speak quickly – might help.