The world is full of sound! There are many different types of sound and they're everywhere too! Take a look at the introduction to sound on the Science page for more details. Of course, one obvious use of sound is music. Music can take many forms, including singing, whistling and the use of instruments. When we think of using instruments to make music this is usually the sort of thing we have in mind:

However, music can be made in many different ways. Some famous pieces of music don't even use musical instruments at all:

Music can be made with almost anything: sweeping brushes, shoes, bins, clapping, stamping... The performers Stomp use everyday items to make their music.

This is often called "Found sound" and there is an excellent BBC Bitesize lesson about this (Year 3 here/Year 4 here).

TASK: Try to create a musical instrument (or instruments) out of everyday items. Think about how sounds can be made (pressing, striking, twanging, etc...) Try experimenting with different sounds. Alternatively, you could create a tune (or tunes) using "found sound". Tempo and rhythm are useful tools (look down this page for details) and BBC Bitesize have some handy hints too.

Improvise and compose music for a range of purposes

Meet Oskar Fischinger, a very talented artist born in Germany in 1900 (that's 120 years ago!). He produced approximately 800 paintings and worked on movies too. He created the special effects for one of the first Science Fiction movies to include rockets; Frau Im Mond (Woman In The Moon (1929)) was a German film made 40 years before humans really stepped on to the Moon. Fischinger's work also inspired the Disney movie Fantasia (1940) which starred Mickey Mouse.

"But, wait a moment," I hear you think, "Oskar Fischinger was an artist so what is he doing on the Music page?" A very good question... Part of the answer lies in the picture above... 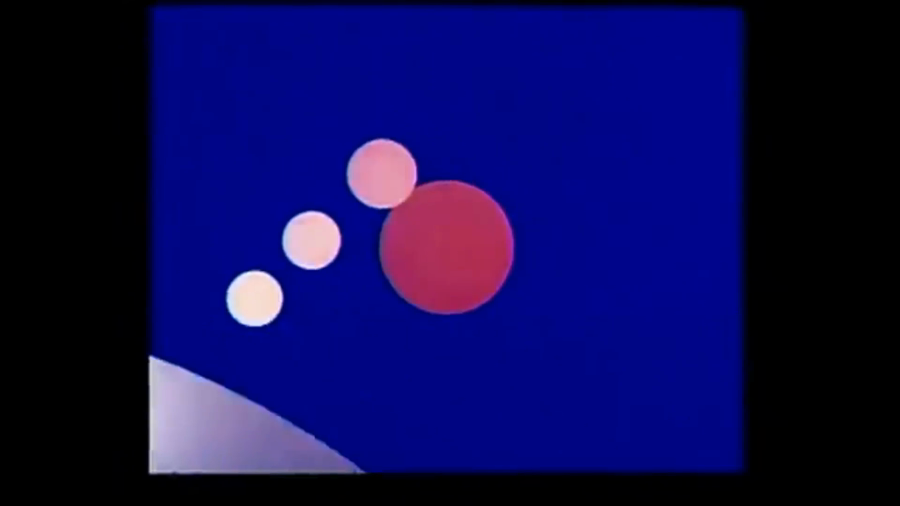 Music was central to Fischinger's work here. What make this especially incredible is that Fischinger did all of his work many years before computer graphics were invented! The extract is taken from one of Fischinger's most famous works, An Optical Poem (1938).

Optical means something that you see with the eye (think about an opticians) and Fischinger was trying to show what music could look like. 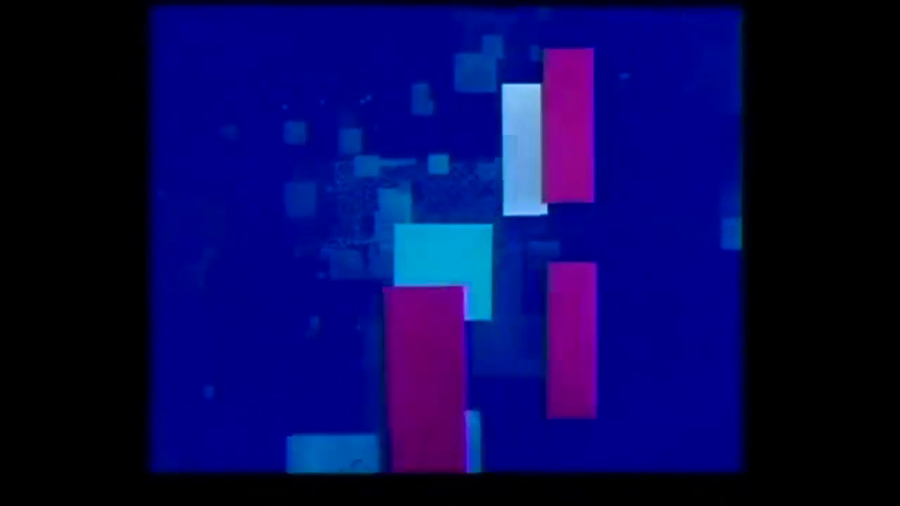 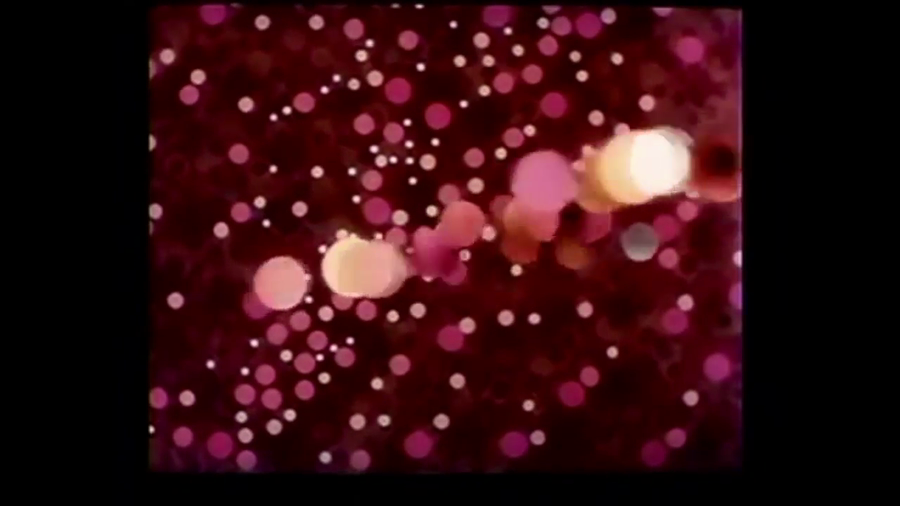 Fischinger's work is very closely linked to the pulse, rhythm and tempo of the music (if you need a reminder of these terms look further down this page). Now, with the help of this Google Doodles page, you can experiment with composing your own piece(s) of "optical music"!

You should be able to hear sounds immediately upon starting. If you cannot hear anything click on the X at the top right of the page.

This will refresh the Doodle.

At the top of your screen you will see a Change Instrument button. See if you can guess what this allows you to do...

At the bottom of your screen you will see Modify (which means change). Click on Modify and the bar on the left will appear, allowing you to change the sound and the speed (tempo),

There are also three PRESETS. These are tunes that you can use. 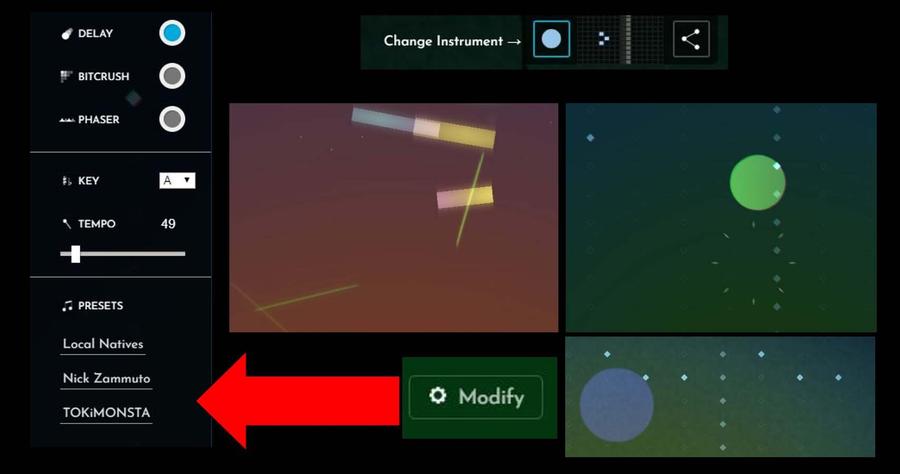 As an additional idea, you may wish to listen to a piece of music of your own and draw the shapes that it suggests to you...

Take a look at the photographs above. What do you think this rather smartly dressed man is doing? It may look like he's conducting a supermarket till but what he is actually doing is playing a musical instrument. Yes, really! This man is playing the Theremin, a musical instrument that many people haven't heard of. This is what a modern Theremin looks like:

The Theremin was invented exactly one hundred years ago by a young Russian scientist named Lev Sergeyevich Termen (more commonly known as Leo Theremin). It is an electronic musical instrument and is played in an unusual way...

The Theremin player does not touch the instrument As you can see on the photograph below, the player moves their hands around the antenna - the player and the Theremin's radio waves then create sound:

Here is an example:

Leo Theremin travelled around Europe demonstrating his new musical instrument before finally moving to America. While in America he allowed a company to make and sell their own version of his invention. This meant that other performers could experiment with this new instrument.

One of the most famous of these performers was the lady in the photographs below: Clara Rockmore. She became a popular Thereminist (a Theremin player) thanks to her ability to play pieces of Classical Music on the electronic instrument - not an easy task (for more information on Classical Music look down this page to Beethoven)!  Clara Rockmore toured all over America amazing audiences.

Thanks to its unusual sound the Theremin also drew the attention of movie makers. One of the best known examples of the Theremin's use is as part of the music for the Science Fiction movie The Day The Earth Stood Still (1951)...

See if you can hear the Theremin in the extract below. Look at the photographs from the movie above too. Why do you think the Theremin was used for the music. What effect does the Theremin create? What does it suggest to the listener?

(If you take a look at the photographs from The Day The Earth Stood Still once again you will see the actress Patricia Neal. Two years later she married an author who you might know... His name? Roald Dahl...)

Now you can experiment with the Theremin thanks to this Google Doodle page (select Rockmore). As you might guess, it is dedicated the the famous female Thereminist and begins with a brief tutorial and an example of Clara Rockmore's music; then comes your opportunity to be a Thereminist... 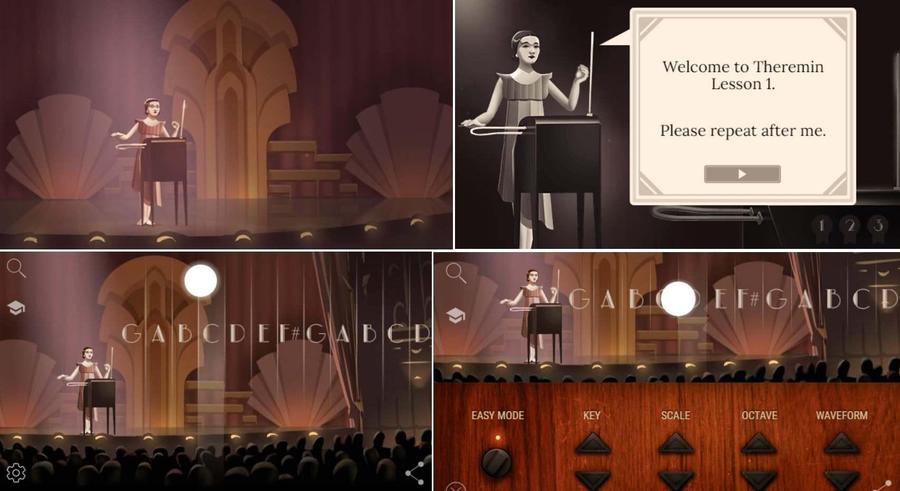 To keep a record of your tune (perhaps for others to play) it's a good idea to write down the notes you choose. Be creative!

Sergei Prokofiev is a name which may not be familiar to you (can you guess which country he came from?). Nevertheless his music is well known around the world. Here are just some of the places that you might have heard it:

Sergei Prokofiev was born in Russia in April 1891 (although people disagree about the exact date of his birth). He began studying the piano with his mother at the age of three. Two years later he was showing great talent and began writing his own music. By the time he was nine Prokofiev had written his first opera (a story told with songs/music) called The Giant. Later, Prokofiev became a master at telling stories with music. One of the most famous examples is Peter and the Wolf:

Peter and the Wolf extract

After he left school Prokofiev travelled the world, living in places such as Paris and America. However, he longed to return to Russia. In 1936 Prokofiev did just that and it was here that he wrote some of his most famous pieces of music.

Dance of the Knights extract

Dance of the Knights is very different in pulse and rhythm to the extract from Peter and the Wolf (you can find out more about this below). Prokofiev used these techniques to give life to the characters in his musical stories. His music could be both light and dark.

Modern Classical is a familiar style of music, not least because of its use in movies. In fact, The Florida Orchestra decided to demonstrate this when playing Dance of the Knights. See if you can spot the movie...

Dance of the Knights...?

Here the musicians are able to slip from one piece of music to another because the pulse of the two are very similar.

Pulse and rhythm are important aspects to consider when composing music. Pulse is a regular beat (like your heartbeat) and rhythm are patterns of long and short sounds (listen to the extracts above once more. The pulse and rhythm in Dance of the Knights are particularly clear). You don't even need musical instruments to compose using pulse and rhythm! Find out more with this BBC video:

Don't worry if your first attempts sound unusual. Keep trying. Music keeps evolving (changing) and Sergei Prokofiev is a perfect example of this. In fact, today Gabriel Prokofiev (Sergei's grandson) is pushing music in completely new directions, using orchestras and record player turntables. If you're interested you can find out more about him here.

Develop an understanding of the history of music

Ludwig van Beethoven is one of the most famous musicians in this part of the world.   Even if you have not heard of him you’ll probably have heard some of his music; it is used by television, radio, cartoons, advertisements… the list goes on! Endless films have borrowed from Beethoven’s creations.  Mission: Impossible - Rogue Nation, The Lost World: Jurassic Park, X-Men: Apocalypse, Ace Ventura: Pet Detective, George of the Jungle… we could be here a while!

Here is an example of Beethoven’s work.   It is an extract from Symphony No. 5 (a symphony is a complex piece of music written to be played by a full orchestra).   It’s also known as Beethoven’s “da da da dum” piece.   See if you can guess why!

You’ll notice that the piece of music shifts in mood from dramatic to soft and back again! The speed (known as tempo) changes too. This shifting of the music from one mood to another is one of the reasons why Beethoven’s creations are so popular with movies makers. This is because Beethoven’s music can be used for scenes of drama, emotion, action… anything!

Ludwig van Beethoven was born in Germany in 1770.  As a boy he began to travel and perform, becoming known as a superb pianist.  Later he moved to Vienna (in Austria).  Beethoven was a composer of Classical music. However, in 1801 Beethoven began to lose his hearing.  By 1817 he was completely deaf. Despite this, he still went on to compose some of the best known pieces of music ever.

Beethoven wasn't the only composer of Classical music. Another famous composer was Wolfgang Amadeus Mozart...

CBBC's All Over The Place explores their work here.

Without Classical the music you listen to today would most likely be very different.  Classical music used duration and tempo to great effect, as explained by Beethoven himself (sort of!) on BBC Bitesize here.

Improvise and compose music for a range of purposes

Feeling creative? You are! Excellent, then this is just the thing for you...

Isle Of Tune allows you to create a town built on music! The moving cars play the notes as they pass. You can build and rebuild (Made a mistake? Use the rubber!), creating your own tunes as you go. Make a village... a town... a city...! 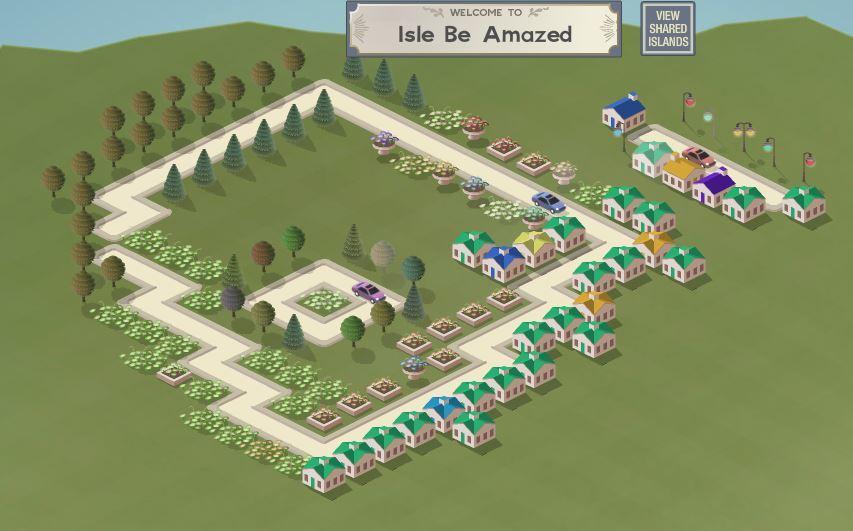 You can find Isle Of Tune here.

Remember: for your safety NEVER share your personal details on the internet.

Name That Tune with Isle Of Tune

Enjoy this groovy 1970s track created with the Isle Of Tune tool!
Top