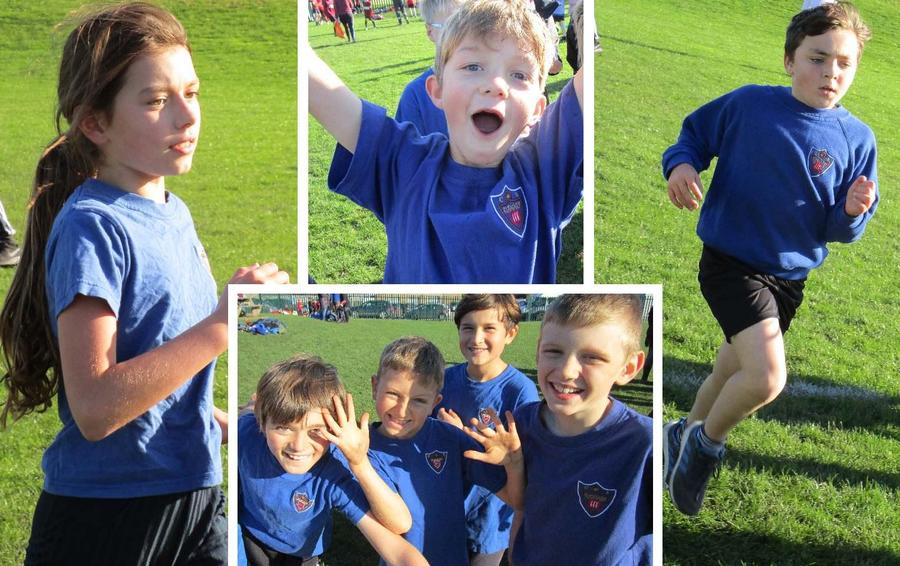 Two fantastic achievements were celebrated today: a third overall place in The Cub Scouts cross country event (with the team placing second) and a rather large collection of 21 medals at the girls' latest dance competition. A big well done to all three of you. 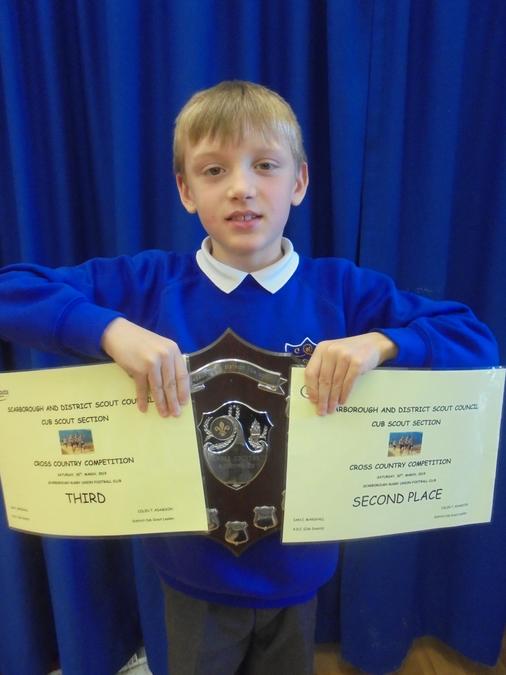 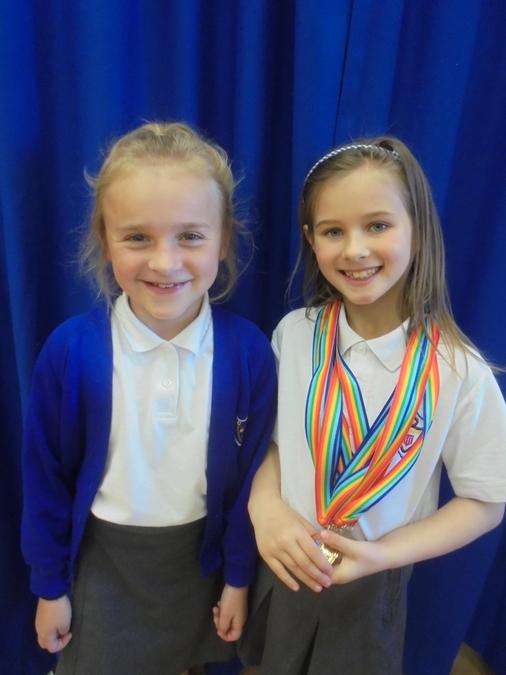 The children did brilliantly at the cross country event at Caedmon this afternoon. We got fantastic results.  A big well done to all who took part as they all put in 100% effort.

A special mention Owen and Angus who came first overall in their events and Tobi, Dex, Harry, Mary, Molly and Martha who all came in the top 10!

What an amazing day! The sun shone, the snow had melted and we had the privilege of accompanying an enthusiastic group of children to this event. Everyone tried their absolute best, running across some difficult terrain and all came back looking rather muddy and tired but happy.

A huge well done to the football team who won the final for the shield this evening. They showed great team work and determination to seal the victory.

A big well done to our Year 5 and 6 swimming team who took part in the gala on Tuesday morning. They showed great sportsmanship and were awarded 4th place. This means they have qualified for the next round.

A large group of Year 3, 4, 5 and 6 boys and girls took part in the cross country event at Lady Lumley's this afternoon. A great effort was made by all those who took part and a fantastic achievement for those who came in the top 8 to make it through to the next round. We would also like to say a massive thank you to Northern Surfacing (Scarbrough Ltd) who have provided us with a new running kit.

A small group of the Explorer's class visited Eskdale to take part in a Gymnastics event along with other schools from Whitby. They have been practising hard all half term and have learnt lots of new skills.

We visited Lady Lumley's school for the Ryedale/Whitby partnership tonight and showed a determined and positive attitude. Our skills have remarkably improved since the first round and we did our school proud. Thank you to Locker's Trawlers for our impressive new kit.

A big thank you to Mr Raw and the sports leaders at Eskdale School for teaching us basketball today. We had great fun learning the skills and playing games.

We have now qualified for the next round of basketball at Lady Lumley's against schools from Ryedale as well Whitby. Good luck in the next round!

27 of our Year 3-6 children braved the cold to take part in the cross country event. All of them showed determination as they kept up their pace right to the end.

A special mention goes to the Year 5/6 girls who placed 1st overall in their event.

Thank you to Caedmon College for hosting.

Not such an enjoyable afternoon weather wise today for our girls football event at Eskdale but what a result! Initially the girls struggled to keep shape of their team but soon got the hang of it. With two wins and two draws, the girls progress through to the next round. Well done girls.

Our girls yet again proved their resilience and determination in a well battled afternoon against schools from Whitby, Pickering & Ryedale, ending up with a good result of 6th.

Another glorious afternoon in the beautiful sunshine where our fantastic children played a series of matches. A solid defensive performance in the shape of Brodie in goal, backed up by Hamish and Ben set us on our way to our first win. A stunning midfield display of strength from Riley, Alex, Finley and Bradley with Thomas as a striker gave us another two wins. With Lythe having won the same amount of games as us, it was all down to the last match! Our boys bravely battled against the other team, with the final score being 2-0 to Lythe.

Good luck in the next round Lythe.

The sun was shining and children all having fun. What more can we ask for! Thank you to the Rotary Club and Caedmon College for organising this superb event.

What a privilege for our school to represent the Ryedale & Whitby area at the North Yorkshire School Games again, for the second time this year. The competition was tough but our fantastic children battled on and although not the outright winners they showed their resilience, determination and true sportmanship. Well done, you made us proud!

We are so pleased to be fully open to all pupils again. If you have any queries, please contact the School Office on 01947 602029 or email: admin@ruswarp.n-yorks.sch.uk
Facebook
Top