A food chain shows what eats what. Most food chains begin with a plant (the producer) which gets its energy from the sun. Like here, for example:

The direction of the arrow is very important (if your arrows are pointing the wrong way your food chain will be telling people such things as: foxes are eaten by frogs, who then get eaten by snails, before the snails themselves are preyed upon by deadly flowers!  Which isn't quite right...)

A living thing which eats other plants or animals is called a consumer.   Look again at the food chain above.   Who are the consumers in the chain? (CLUE: It's not the flower!)   Here is an example of a food chain showing consumers: 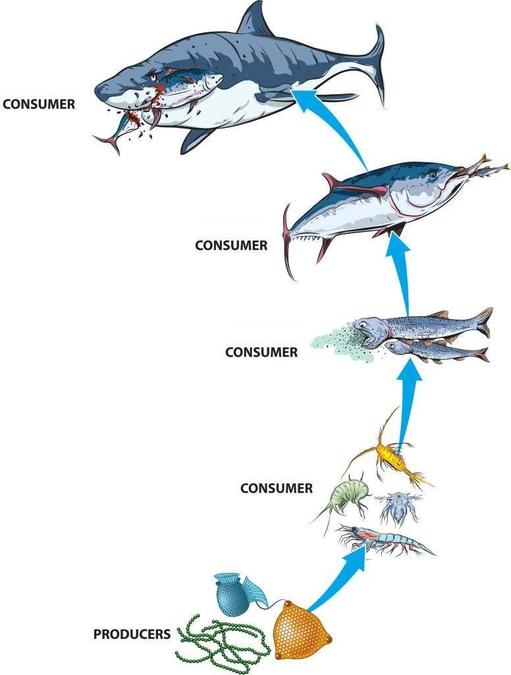 The Producer - Always starts a food chain. It's something that makes its own food.

The Consumer - A living thing which eats other plants or animals.

On the picture below the grass (making its own food from sunlight) is the producer, while the hare and the lion are both consumers (the hare eats the grass, the lion eats the hare). Find out more on this BBC Bitesize video.

There are two more words that we need to know: predator and prey.

A predator is an animal that eats other animals.

Look again at the first food chain with the Flower, the Snail, the Frog and the Fox. Which of those creatures are predators?

The animals that predators eat are called prey.

TASK: In your book record your own food chains. They could include animals from other countries.  Be sure to include their name and label them as producers and consumers (as we know, the food chain will always begin with a producer).  Remember that the arrow means "is eaten by". Make sure you have the arrows pointing in the correct direction!

Food is your body's fuel. If you're doing it right, when you're eating the first thing food meets is your mouth where the teeth get to work... but then what happens to it? There must be some way that the food is used and digested by the body. There is: the Digestive System!  How lucky is that?   This gives you an idea of what that looks like...

Quite a lot happens to your food after you get it into your mouth and the Digestive System can be a bit complicated. Luckily BBC Bitesize are here to save the day with these excellent videos:

and, best of all,

What happens in your intestines?

Just click on the titles to go straight to the videos!

Feeling confident?  Try to draw (and label) the diagram below. Not sure if you've got all of the labels? You'll find the missing words hidden below. If you think that was easy, copy and complete the sentences too. (If you would prefer to print them use the link below) 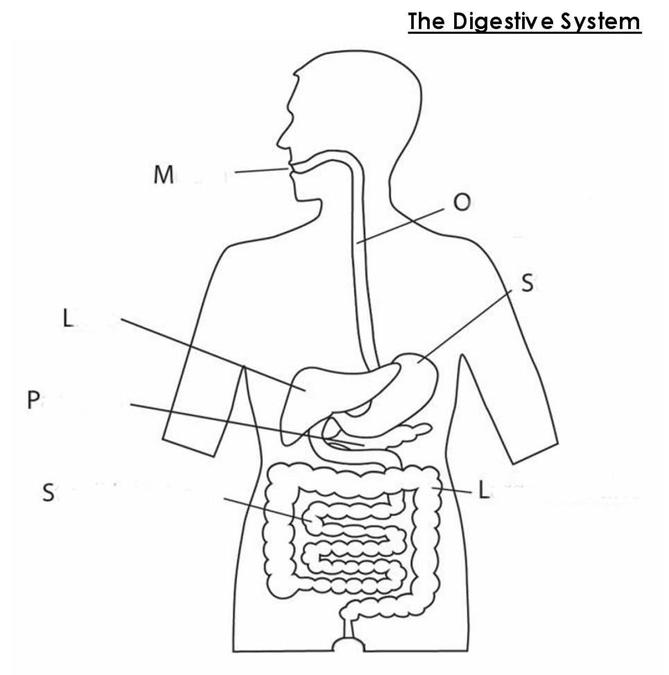 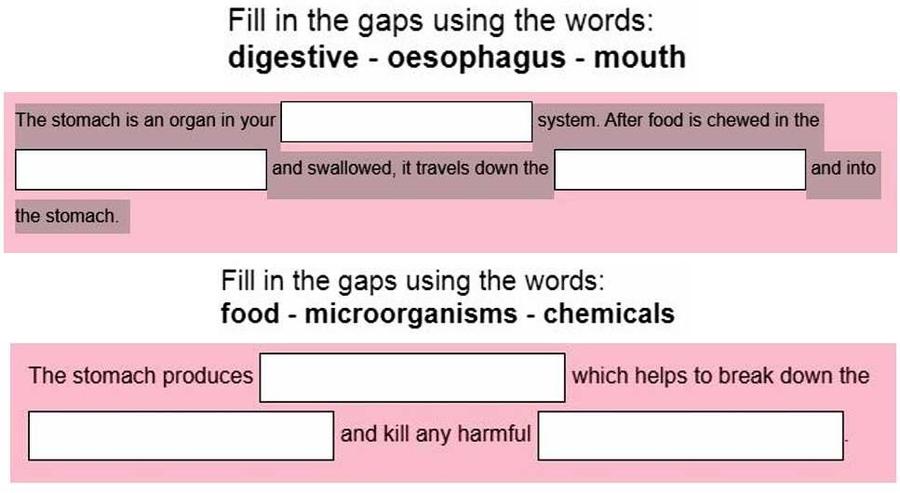 Identifying types of teeth and their functions

We have already looked at the different types of teeth but can you remember their names and which is which? 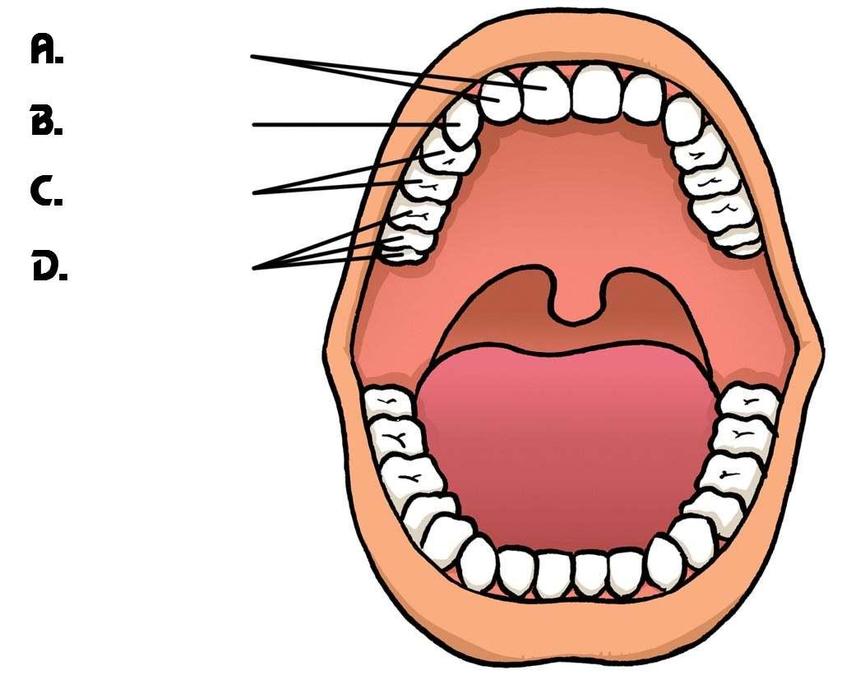 Premolars, canines, molars and incisors (there's a clue!) all have different jobs but what are they? Can't remember? This BBC Bitesize video might help. (You might like to draw this picture but if you want to print it you can use the link below)