To know word families based on common words, showing how words are related in form and meaning

Word families are words that share the same pattern or feature. For example:

You might notice that these words sound very similar. Word families often share the same root word. In the example above the root word is possible. Prefixes and suffixes have been added to the root word (possible) to create impossible, possibly and possibility.

Look at this root word:

Can you think of any members of this word family? Think about adding prefixes or suffixes...

You might have thought of unhappy, happiness, happiest, happily or even happier.

Now look at the words below. Can you think of any other members of their word families?

Bump: you might have thought of bumping, bumped, bumper, bumpy or bumpiest.

Forget: you might have thought of forgets, forgetful, unforgettable, forgot, forgotten, forgetfully or forgetfulness.

Noise: you might have thought of noisy, noisier, noisily or noisiest.

There may even be more members of their word families to discover. A dictionary could provide the answer...

There is an excellent BBC video to help you remember word families. If you wish to sing along (and why wouldn't you?) you will find the lyrics in the document below. You could even dance too; PE and Literacy unite!

A verb tells you what a person or thing does or is doing. For example:

However, as you know, things don't all happen at the same time. You wouldn't write the sentence: Yesterday, I went swim. This wouldn't make sense. This is where verb tenses are a useful tool...

The past tense tells you about what has already happened in the past. For example:

Paul did his homework.

The present tense tells you about what is happening now (in the present). For example:

Paul is doing his homework.

The future tense tells you about what will happen in the future. For example:

Paul will do his homework.

You can remind yourself of verb tenses with the questions below. How many can you complete?

We can also use the present perfect form of verbs. Look at these two sentences:

I lived in England.

I have lived in England since I was born.

The first sentence uses simple past tense. I lived in England. The verb lived shows that I no longer live in England - it's in the past.

The second sentence is different. Using have lived tells us that this action started in the past but is carrying on now (in the present). Here is another example:

Peter has played football this year.

In the first sentence (which is in the past tense) Peter has finished with football but in the second, although the action (played) started in the past it is carrying on in the present.

Look at the two sentences below. Which one uses the present perfect form?

He has gone out to play.

He went out to play.

ANSWER: He has gone out to play.

An apostrophe can be used to show that one thing belongs to or is connected to something. This is called a possessive apostrophe. For example:

The boy's hat was green.

Boy is a singular noun (there's only one boy) so you need to add an apostrophe and "s" to show that the hat belongs to the boy.

Charles is a singular noun (there's only one Charles) that ends in an "s", so you need to add an apostrophe to show that the angry dog belongs to Charles.

The ladies' feet were muddy.

Ladies is a plural noun (there's more than one lady) that ends in an "s" so you don't add another "s" after your apostrophe. You can just add an apostrophe to show that the muddy feet belong to the ladies.

The football team's boots were too small.

Team is a plural noun (there's more than one person in a football team) but it doesn't end with an "s" so you need to add an apostrophe and "s" to show that the boots belong to the team (the same football team who were foolish enough not to check the size of the boots before they put them on!).

You can find out more about possessive apostrophes with this BBC Bitesize video.

Use the forms of a or an

a and an are also known as articles.

We use a or an when we are talking about something in general, such as a cabbage or an ambulance.

A very good question. Try this:

Use a when the next word begins with a consonant sound:

Use an when the next word begins with a vowel sound:

Think you know how this works?    Look at these words/phrases and decide whether they would need to use a or an:

Can't remember which letters are vowels and which are consonants?  Here's a clue... 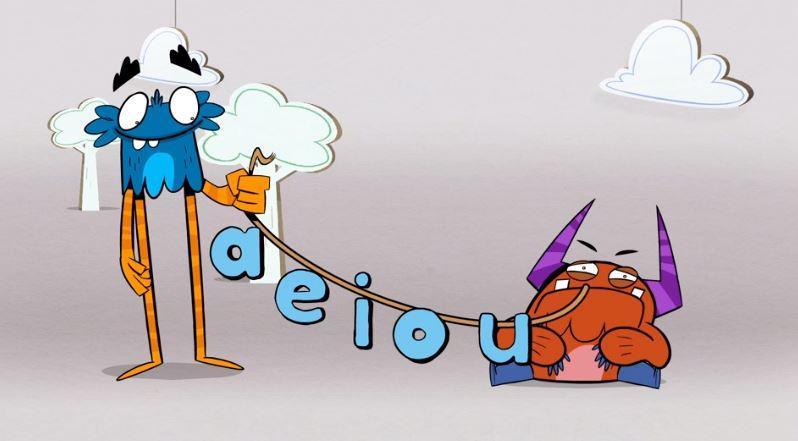 You could have a look here to refresh your memory!